Get Back in The Game!

Have you been worried about the decreased reimbursements from insurance companies?

Have you been trying to get more referrals for cash-paying patients without wasting money?

Would you like to get your patients better results and set your office apart from all the other doctors in your area?

Have you considered adding laser therapy but are confused about which kind is the best for patient results and has the most research behind it?

Most doctors do not fully understand what their lasers do, are unaware of the immense volume of research that supports their uses, and they lack confidence in talking to patients about how lasers can help them get to their health goals faster than other modalities.

Even worse, they struggle to explain how their lasers can help their patient’s condition, have no idea what to charge, and usually give the service away.

This seminar will not only teach the doctors the incredible volume of research behind their lasers that supports many uses in practice that will set them apart from their competition, it will also give them the tools to help insulate them from the threats of diminished insurance reimbursements, delayed personal injury payouts, and competition from low cost marketing groups and membership franchises.

Don’t Miss this Opportunity to Take Your Practice to a New Level! 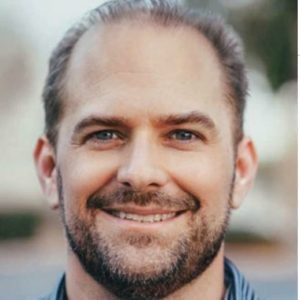 Dr. Kirk Gair has been in private practice since 1999 and began using Erchonia cold lasers in 2004. During that time, he has worked with athletes of all levels, including Super Bowl Champions, MLB champions, High School wrestling National and State champions, college and high school football, baseball, and track champions and record holders, and with the Dodgers/Angles Fantasy Camp. Due to the results he gets with his laser protocols, he has a wait list, 100% referral practice.

In addition to treating top-level athletes, he has also completed additional training in functional medicine and functional neurology under the guidance of internationally acclaimed Dr. Datis Kharrazian, and has patients come from all over the US for help.

He appeared in Dr. Izabella Wentz’s documentary, The Thyroid Secret, which was seen by over a half million people worldwide. In it he discussed the cold laser methods he uses on complicated thyroid and brain cases. Dr. Gair’s methods were also discussed in her best-selling book, Hashimoto’s Protocol. He has also written articles for the Hypothyroid Mom website, which has over 1 million followers, and his Facebook page, www.Facebook.com/ThyroidInfo, has over 9,000 followers. He has also been featured on podcasts by Thyroid Nation, Rebel Health Tribe, and The Thyroid Pharmacist, Dr Izabella Wentz.

Where:
Your Home or Office

INSTRUCTIONS TO PURCHASE AN EVENT

1. To register, please visit www.chirocredit.com/erchonia
2. Check the box “select for purchase” for all courses you want to register for
3. Click on one of the recurring “submit to cart buttons” and follow onscreen prompts to login and complete your purchase
NOTE:  There is a link in the listing for an instruction sheet for taking the event. Please print a copy as it is a step by step pictorial with important instructions.

*CE state approvals based on online state CE requirements. Click here to reference if your licensing state recognizes online CEs and how many.

From the Ancient Greeks to Modern Day to The Future: The history of light phototherapy, where it has come, and where the research is going, and how it impacts injury recovery.

Lab technique. Knowing which blood tests are important to have and how to interpret them for optimal injury recovery and sports performance

How to Explain Laser Photobiomodulation to your patients, and how to help a niche market that is greatly in need of help by working with the year-round travel team athletes, local sports teams, and weekend warriors

Back in Balance: Dealing with America’s Health Epidemics from a Neurological Point of View (Erchonia & WCA)

Back in Balance: Dealing with America’s Health Epidemics from a Neurological Point of View (Erchonia & WCA)